Elephant Parade visited the Art Students at Verdala International School, Malta, who participated in an art workshop aimed towards elephant conservation. Twenty-two students between the ages of 15-17, representing countries from all over the world, including Malta, UK, China, Libya, USA, Italy, France, Estonia and Russia, took part in this project.

It was a great pleasure to give a talk to a group of students who were well aware of the dangers and challenges elephants are facing, how their numbers are falling rapidly, and how elephant extinction could very well be a reality in the near future if we don’t actively do something to stop it. The students were enthusiastic to participate and do their bit to help make a difference.

Elephant Parade’s mission statement is ‘Let’s Paint a Brighter Future.’ Incorporating Art with Business and Conservation is the concept behind the Artbox workshop. Artists from around the world have the opportunity to participate in a yearly Artbox Competition (hyperlink) by submitting photos of their 15cm resin model creation online.  Chosen designs are produced and sold all over the world through over 270 outlets.  All elephants produced are individually hand-painted, stamped and numbered and come with an authenticity certificate bearing the lucky artist’s name, the elephant’s name, country and year. Artists are thereby given the opportunity of having world-wide exposure wherever that elephant is sold! 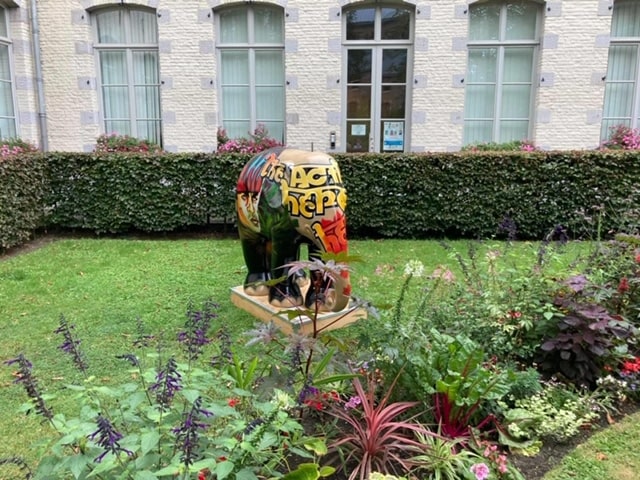 Verdala students watched a short video featuring founder Mike Spits. Elephant conservation, through this fun inspiring project, is aimed at adults and children alike. Artists can let their imagination be as wild as the elephants and at the same time have the possibility of passing on their message to mankind through their designs. The students initially designed their elephant on a template. An internal exhibition and a vote were held, whereby the two best elephants were chosen to be painted, on the blank model supplied in the Artbox kit, which also included acrylic paints and brushes.

Many original, exciting and intricate designs emerged. Some giving strong messages on how mankind is responsible for the abuse and rapid decrease in elephant numbers and how we can help put a stop to this.  The students took precious time out of their art classes, busy schedule and personal time to be part of this worthwhile cause and work on the project. 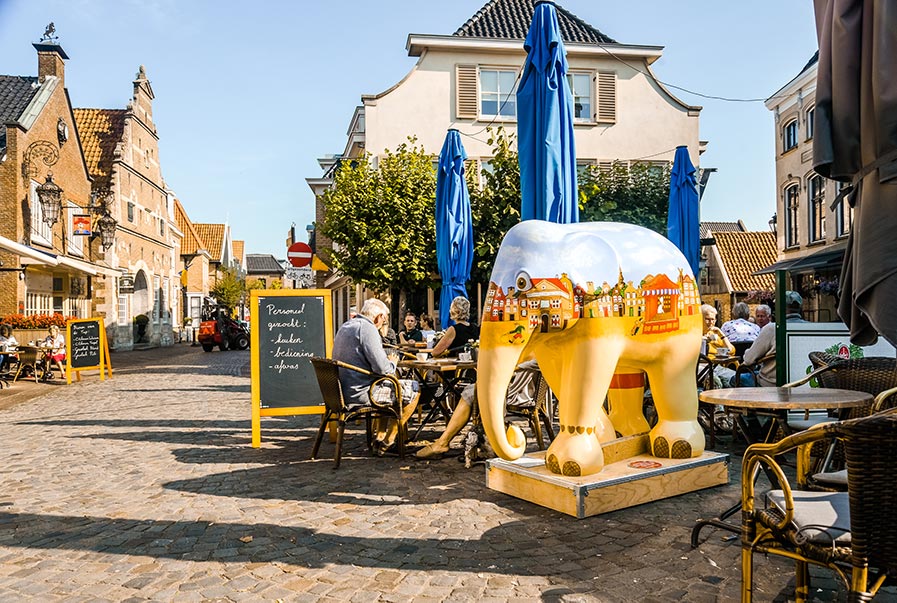 One of the winning elephant designs is an elephant named “Helping Hand” by a 16-year-old Grade 9 student. Her elephant has a light blue background covered in band-aids, displaying the flags of the world. She explained that the concept behind her elephant is the hope of all countries coming together to cover the scars inflicted on the elephant by humans using band-aids to heal them.

The Elephant named ‘What We Have Been Through’ by Xixi Chen, Grade 11 student from Shanghai, China, was voted best elephant design for her grade.  Xixi explained that ‘We’ in her elephant’s name is referring to both elephants and humans. Xixi’s elephant is dark grey displaying the wild jungle on the lower half moving to a lighter shade of grey with tall buildings on the upper half on the elephant.  She said her design portrays how, through our extensive building, we have taken over the jungle thereby reducing the elephants’ natural habitat; this being one of the reasons for the decrease in the elephant population.

“I would like to take this opportunity to thank the Verdala Art Tutor and Verdala International School for their full support and collaboration and for allowing me the opportunity to introduce and present Elephant Parade to the school.  It was a great experience.” Annamaria Kissaun

Verdala International School was the first school, in Malta, to participate in this project and show their support and contribution towards saving and protecting elephants in South East Asia.  I sincerely hope that we will soon see some Maltese Elephants for sale around the world, thereby continuing to do our part!!

Stay in touch with us
© Elephant Parade 2020
四肖八码期期准精选资料一